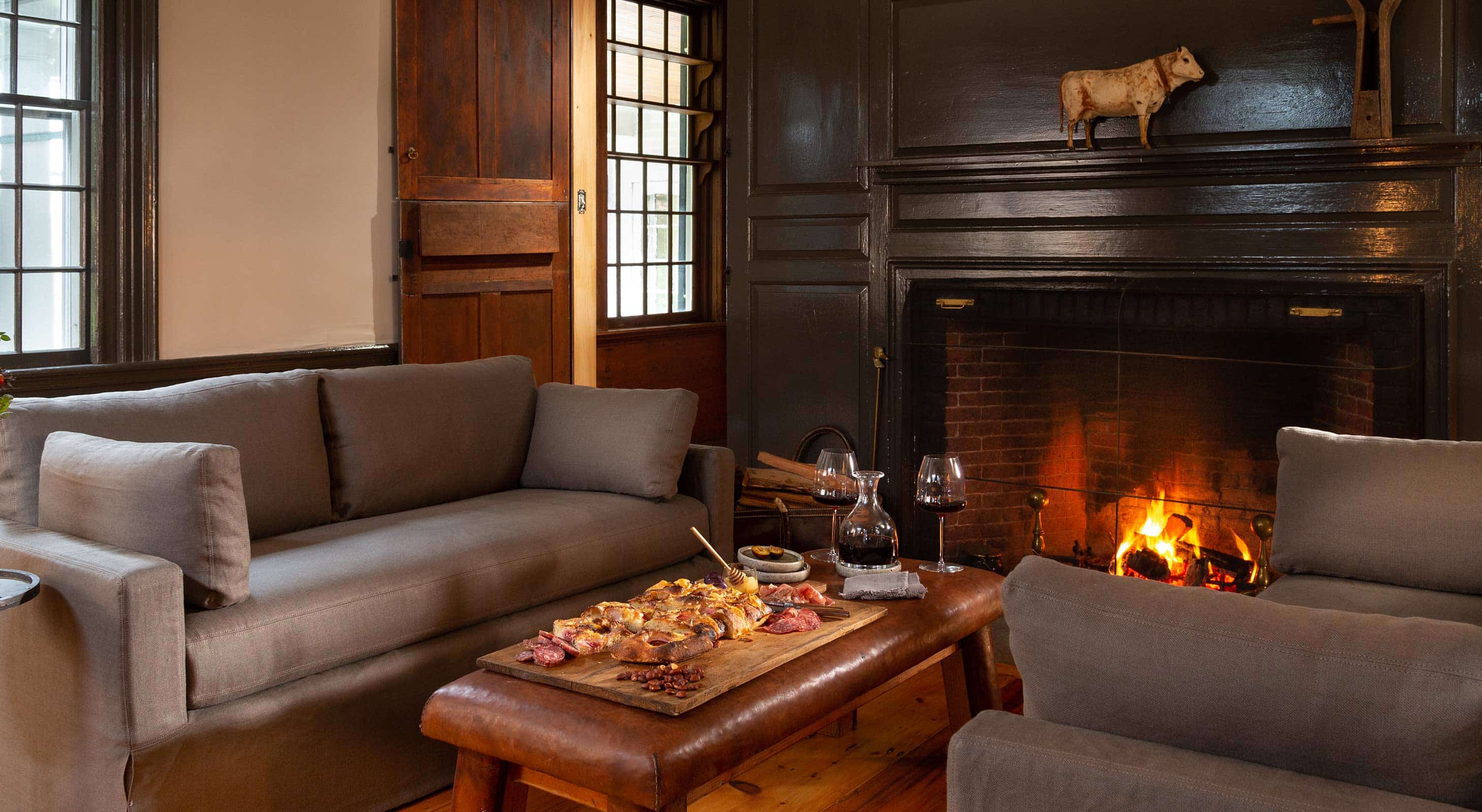 Relax, unwind and enjoy all the luxurious amenities and activities that our newly renovated historic New Hampshire bed and breakfast has to offer.

Cranberry Meadow Farm is a newly renovated historic home in Peterborough, New Hampshire that was originally built as Wilson Tavern in 1797 and operated as a tavern for the following 36 years by William Wilson. Here are a few fun facts about our property: 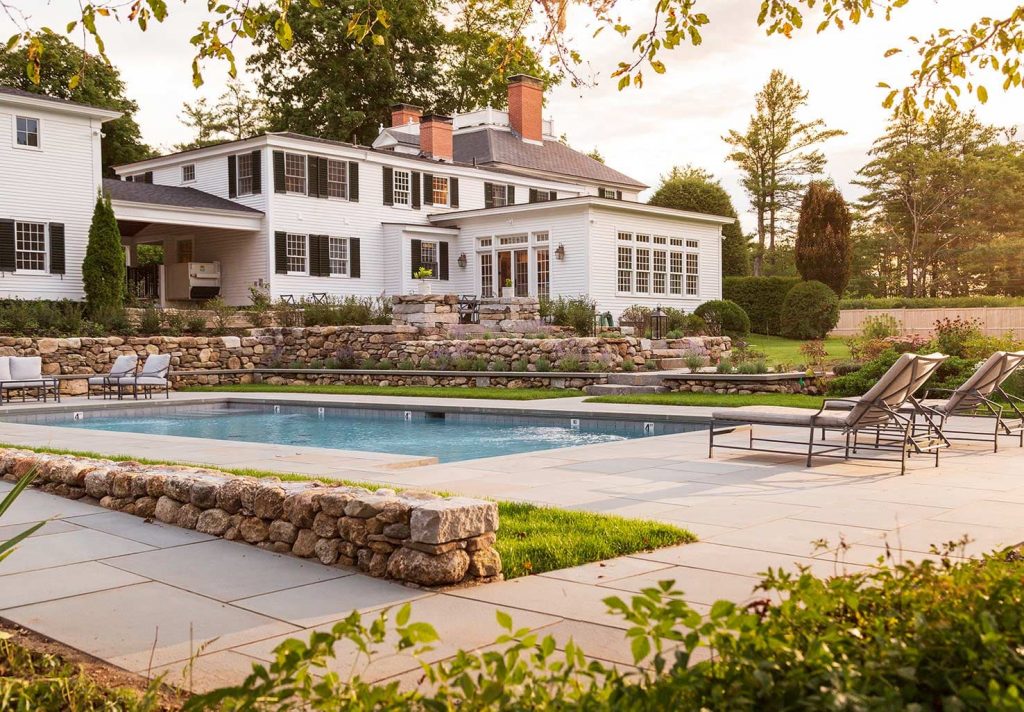 Cranberry Meadow Farm was originally built as Wilson Tavern in 1797 and run until 1834 by William Wilson until he gave up the tavern business and turned it into a family home. He was the son of Robert Wilson who ran the previous Wilson Tavern on an adjacent property. There is a plaque on the west side of route 123 as you head south from the flashing yellow light, which marks where the former tavern stood.

The local townspeople would meet in this large home of 21 rooms and 11 fireplaces. It was both the gathering place for the militia during the American Revolution and reportedly was a stop on the Underground Railroad. Drovers taking their cattle to Boston also stopped here, using the barns. 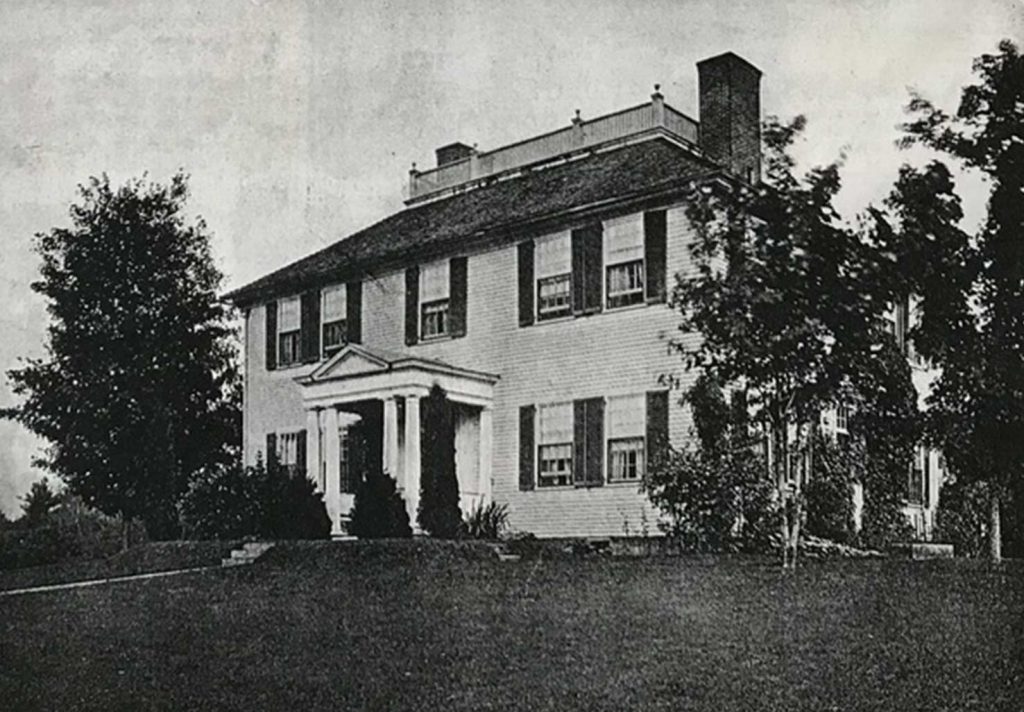 The front hall is a central feature extending the full length of the house to a companion door. The original strap hinges and locks remain as they were when the tavern door would swing open at the stage drivers’ request. Hooks for fire-buckets remain in the hallway.

From an article by Jane Eklund in 1997 in the Monadnock Ledger, she wrote:

“The hall in the second story was the scene of most of the town dances. It was also the place at which the Peterborough Lyceum and the Peterborough Dramatic Club were organized and in which they held many of their meetings and exhibitions.

The tavern enjoyed a good reputation among both local people and those who traveled to this area. William’s wife, Aunt Dotia, was well known for her fine cooking, and the accommodations were said to be excellent. 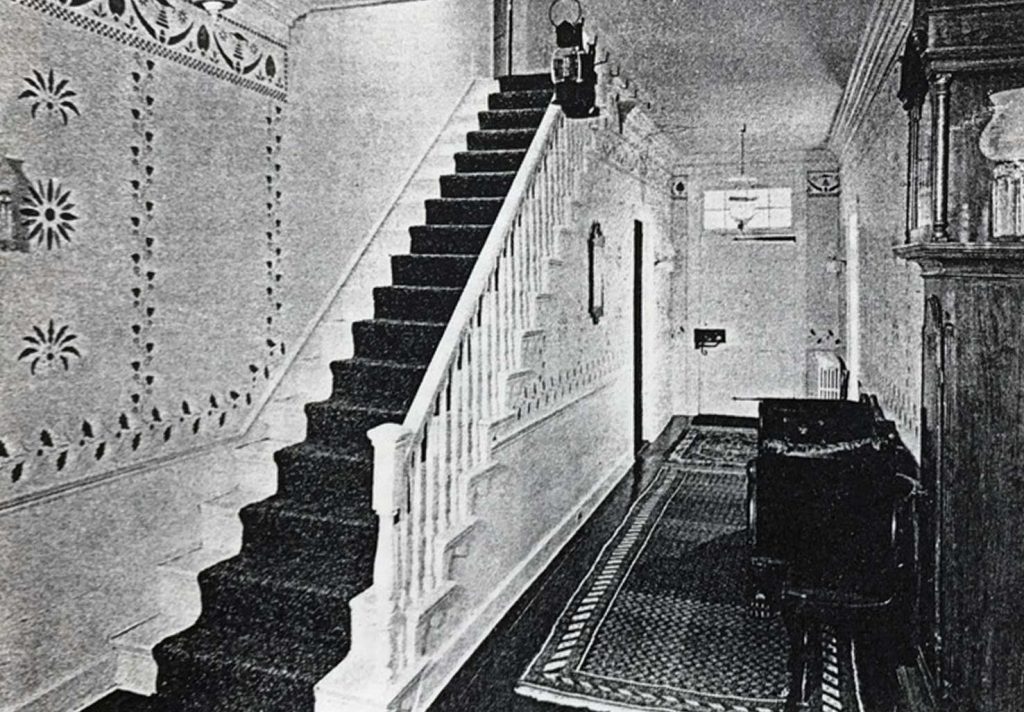 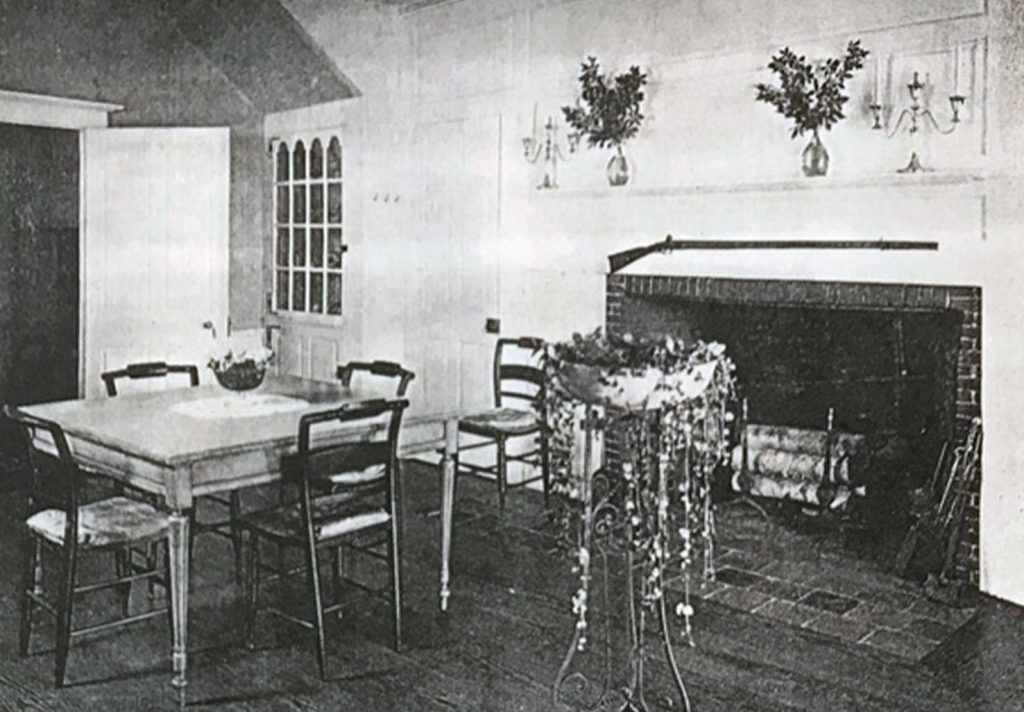 Travelers were always glad to stop for board and bait at the Wilson Tavern, or for the glass of rum which was served for 3 cents or 1 cent extra if sugar was wanted, the history reports. All of them could afford the glass of rum, but very few could afford the extra charge for the bed, so, it is said, “most of the guests were content to roll up an overcoat or blanket, and lie on the floor or a table in the barroom” as their Monadnock accommodations for the night.

A 1937 book by Stephen Meader, “Who Rides in the Dark?” – described as “a rollicking and romantic story of highwaymen and sudden death” – is set in the Wilson Tavern. The old sign in front of the building on Old Street Road read, “Wilson Tavern, Refreshment for Man and Beast.” 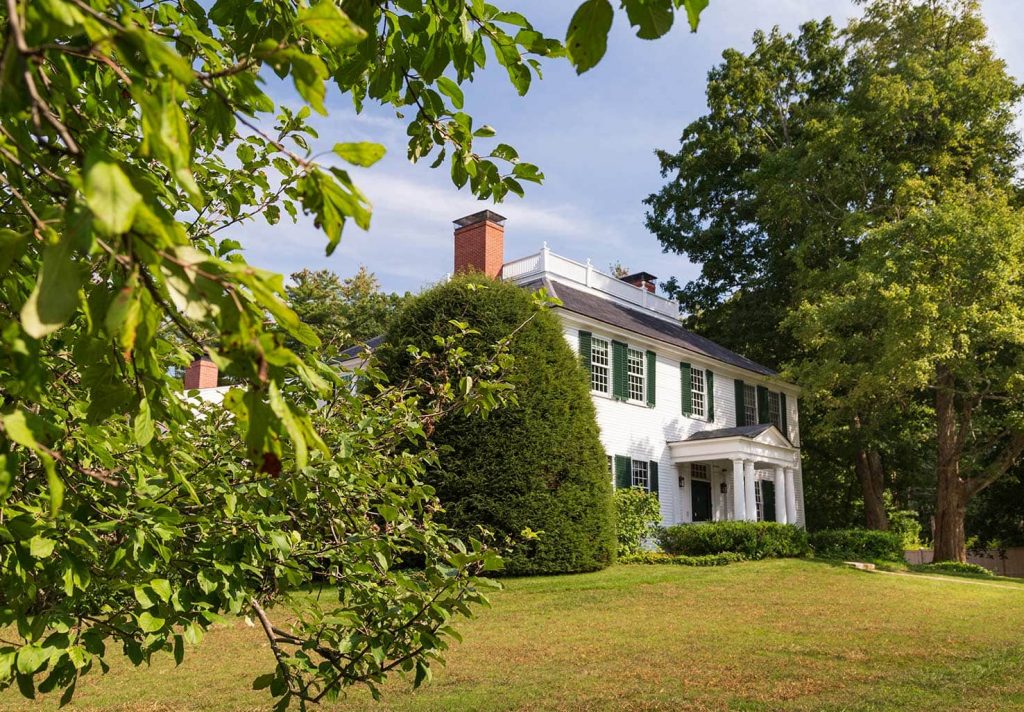 The actual tavern where refreshments were prepared and served at our Southern New Hampshire bed and breakfast is the only room which has been untouched since its construction in 1797. This room includes a wine vault and a high old pine desk where accounts were kept. It now serves as our gift shop.

The tavern was an important part of community life in Peterborough until 1834, when French’s Tavern was built on Main Street in the center of town, where Primary Bank (now People’s United Bank) is now located. ”

Previous owners have included art patron and artist, Caroline Teresa Hecker Locke and Jesse Albert Locke, Edward and Marion Rowse, and Cy and Joyce Gregg, who owned the home from 1980 to 2017 and still live in Peterborough, where they own and operate Waterhouse Restaurant and Baker’s Station. 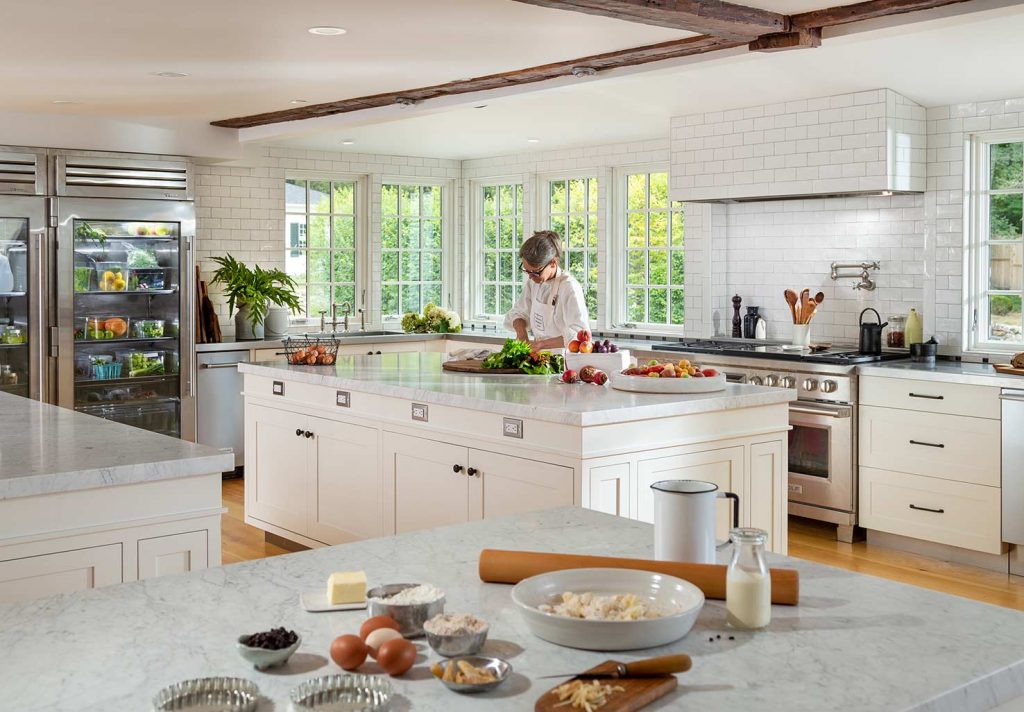 After two years of searching for an Inn in New England or a house that could be converted into an Inn, Carolyn and Charlie finally found Cranberry Meadow Farm and knew it was right.

Carolyn is a professionally trained chef who has worked in restaurants internationally and run successful catering businesses. She has also led food production shoots in New York City with a cooking app that attracted James Beard Awarded chefs to share their talents with aspiring home cooks. She oversees not only all of our culinary activities but also the garden from which our many vegetables and herbs come to our kitchen. 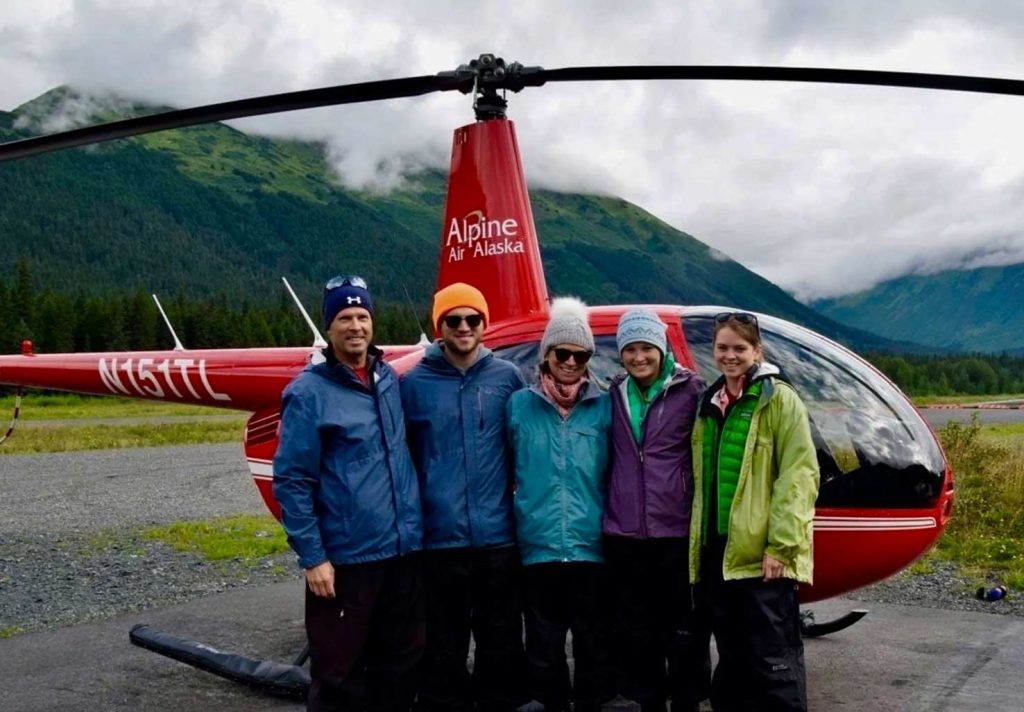 Charlie had a previous career as both a marketing professional and in corporate responsibility with a leading healthcare company, which brought their family from Chicago, to St. Louis, to New Jersey, to Melbourne Australia, and then back to New Jersey, before moving to New Hampshire in 2019. Prior to retiring from that career he spent the previous eight years running the free medicine program, which provided $2 billion worth of patented medicines per year to over 65,000 uninsured or under-insured people annually in the United States of America.

Carolyn and Charlie have raised three incredibly loving, strong and resilient children that will hopefully spend a lot of time at Cranberry Meadow Farm with their own families in the future.